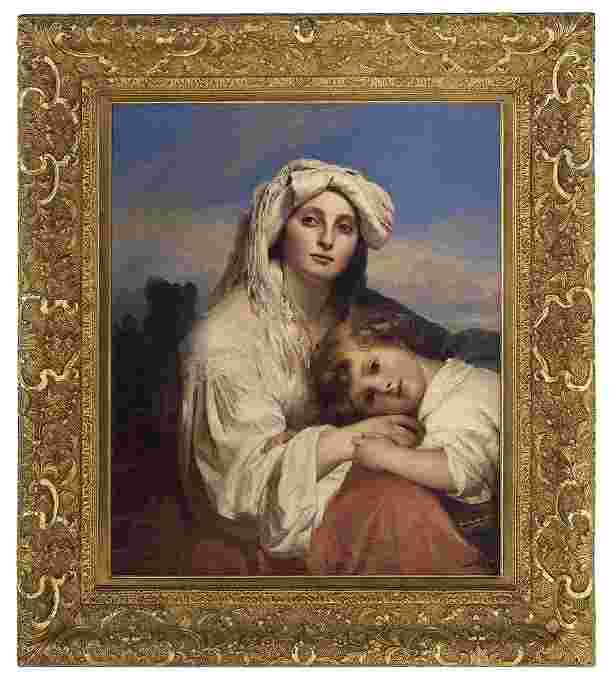 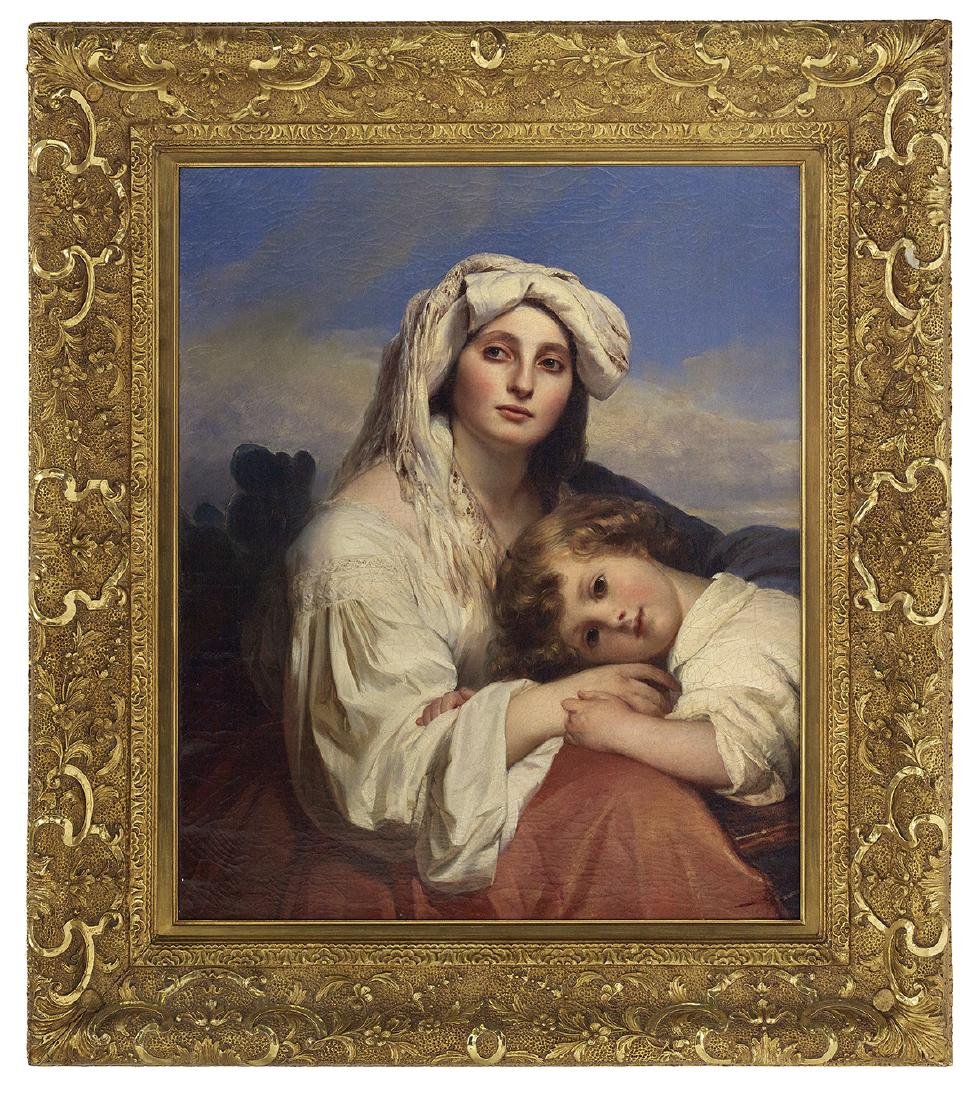 Notes: Born into a peasant farming family deep in the Black Forest region of Germany, Winterhalter's prodigious natural artistic ability caught the attention of the village priest, who encouraged the young boy and helped him gain the patronage of a local baron. He began his official studies at a neighboring monastery; from there Winterhalter made his way to the Akademie der Bildenden Kunste Munich, where he studied under Peter von Cornelius and Joseph Stieler, eventually ending up in France.

Initially acclaimed for his meticulously composed grand historicizing scenes, which received much attention at the Paris Salon, Winterhalter soon began accepting portrait commissions. He was eventually named Court painter to King Louis Philippe of France, a position which accorded him great financial stability, if also the disdain of critics who deemed portraiture an inferior genre for the academically trained artist. In 1842, Winterhalter made his first trip to England, where he painted Queen Victoria; from 1842-1873, he was to produce well over a hundred portraits of the British Royal family.

Winterhalter's portraits are distinguished by their deft intermingling of artistic idealization with the easily identified features and personality of the specific sitter/s. Artifice and theatricality are allowed, but only inasmuch as they enhance the sitter's perception of his or herself; it is as if Winterhalter has painted them on their best day.

Included in the online catalogue raisonne of the artist.

Canvas relined. Scattered craquelure, surface dirt and abrasions to left edge with very small losses. Old tear repair to the scarf at neck, small inpainting touch-ups in background and upper right, and small touch- up to child's hand and left edge. Inconsistencies in the varnish layer. Frame with nicks, scratches and abrasions.